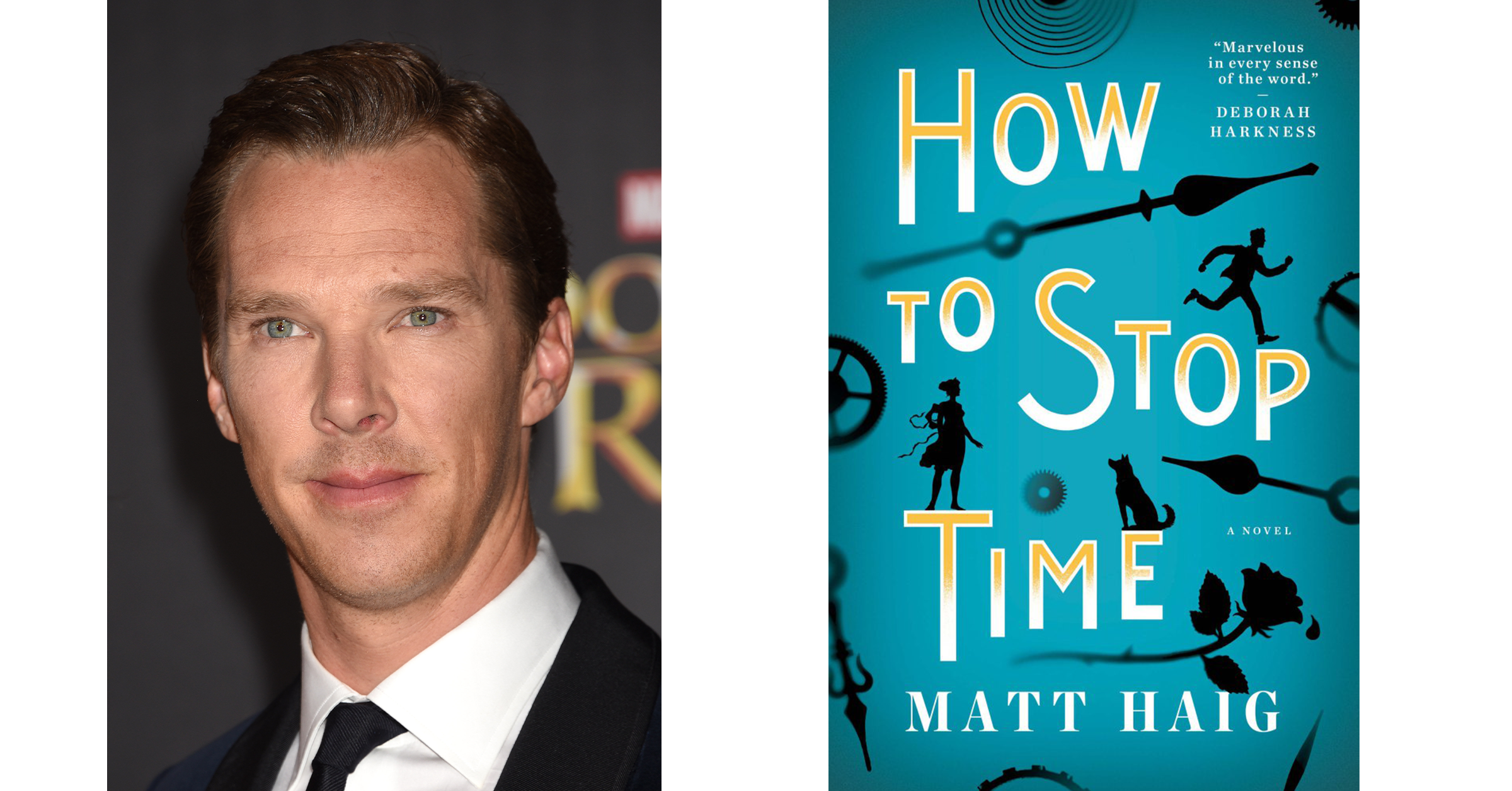 Benedict Cumberbatch, through his film company, SunnyMarch, has bought the film rights to and will star in the film version of How to Stop Time by Matt Haig, published in February and one of the most anticipated books of 2018.

We will stay up to date with news of the production and release date. 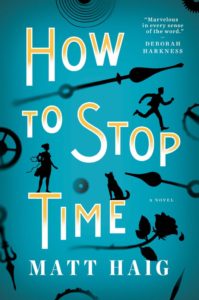 How to Stop Time

“Haig remains a keen-eyed observer of contemporary life. . . his dialogue has snap and charm.” —The New York Times

“A wry, intriguing meditation on time and an eternal human challenge: how to relinquish the past and live fully in the present.” —People

“Time is all about the moments, not the space between them. Haig has done a fine job of capturing a few beautiful ones like butterflies in a jar — instants of love or rage or heartbreak. And one of them is even the night that Tom Hazard spent drinking ale with Shakespeare.” —NPR

“The central character of the poignant new novel How to Stop Time is 41-year-old Tom Hazard, a man who has been alive for centuries, and who moves every eight years in order to avoid detection. As he settles into a new life in London, he realizes that the one thing that would derail his (very long) life—falling in love—might just be worth it.” —Southern Living

“The first rule is that you don’t fall in love,’ he said… ‘There are other rules too, but that is the main one. No falling in love. No staying in love. No daydreaming of love. If you stick to this you will just about be okay.'”

Tom Hazard has a dangerous secret. He may look like an ordinary 41-year-old, but owing to a rare condition, he’s been alive for centuries. Tom has lived history–performing with Shakespeare, exploring the high seas with Captain Cook, and sharing cocktails with Fitzgerald. Now, he just wants an ordinary life.

So Tom moves back his to London, his old home, to become a high school history teacher–the perfect job for someone who has witnessed the city’s history first hand. Better yet, a captivating French teacher at his school seems fascinated by him. But the Albatross Society, the secretive group which protects people like Tom, has one rule: Never fall in love. As painful memories of his past and the erratic behavior of the Society’s watchful leader threaten to derail his new life and romance, the one thing he can’t have just happens to be the one thing that might save him. Tom will have to decide once and for all whether to remain stuck in the past, or finally begin living in the present.

How to Stop Time tells a love story across the ages – and for the ages – about a man lost in time, the woman who could save him, and the lifetimes it can take to learn how to live. It is a bighearted, wildly original novel about losing and finding yourself, the inevitability of change, and how with enough time to learn, we just might find happiness.

To date, despite being highly anticipated and receiving positive reviews, the book seems to have slipped under the radar, at least as far as book clubs are concerned, as has news of Cumberbatch’s buying the book’s film rights.

IN the UK, however, the book was a Sunday Times bestseller and a Richard & Judy Book Club Pick.

Once news of this takes hold within the book club community, I think things will change.