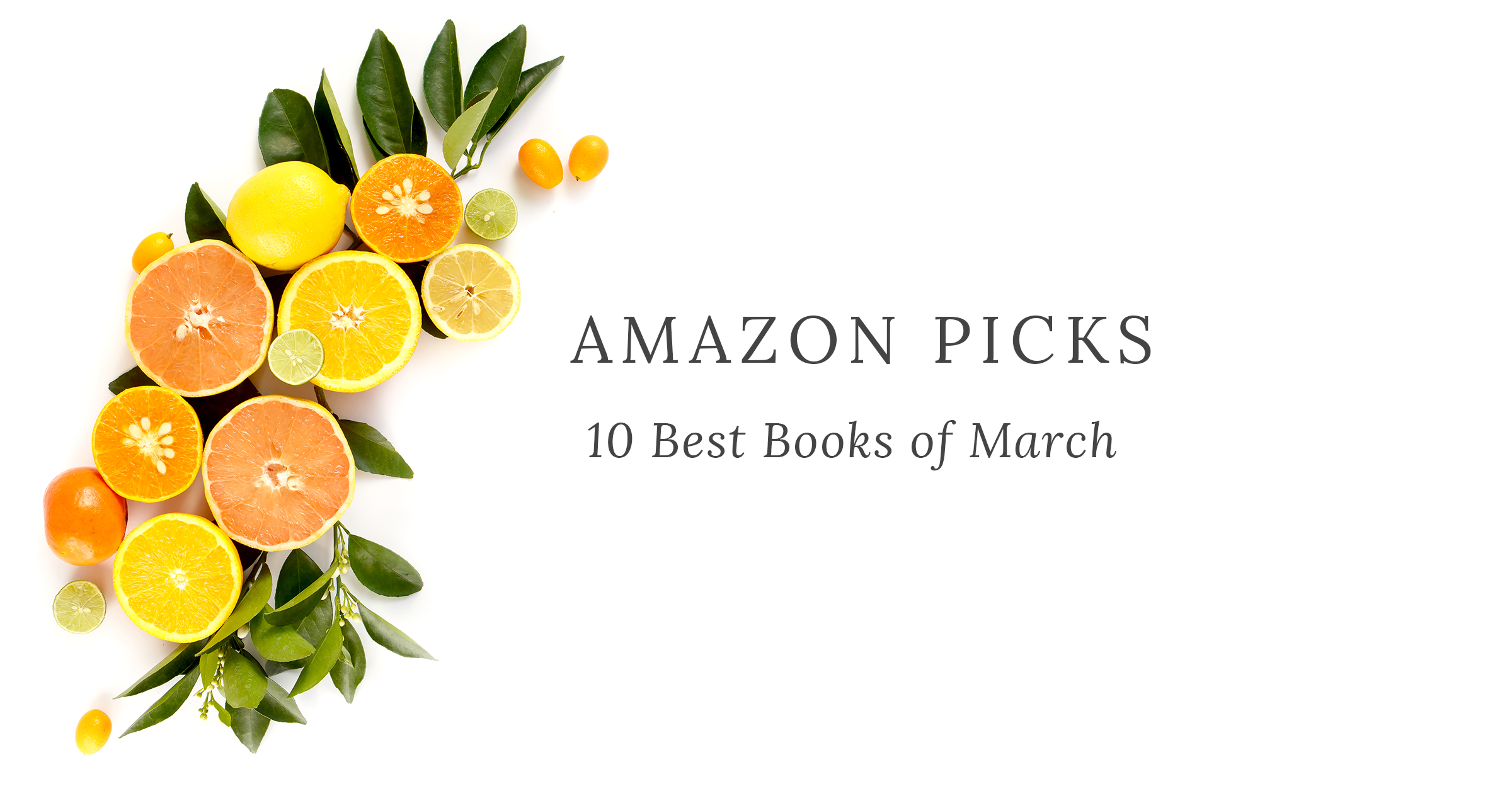 The following reviews are from Amazon 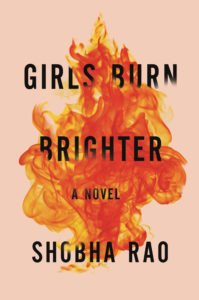 I first imagined that the title of Girls Burn Brighter referred to the custom of widows immolating themselves upon their husbands’ funeral pyres. While no women suffer that fate in this contemporary novel, that’s practically the only bad thing that doesn’t happen to best friends Poornima and Savitha, who grow up in rural India. The two young women become soul mates as they work long hours together in Poornima’s father’s weaving hut, but a late-night attack on Savitha forces her out of Poornima’s life shortly before Poornima enters an arranged marriage. Shobha Rao’s writing power builds in the spaces between words, her lean prose making the glimpses she shows of the breathtaking misogyny the girls endure all the more horrifying. This is not an emotionally gentle novel. You’ll be outraged and hopeful, shocked and awakened. And throughout, Poornima and Savitha do burn brighter, fueled by their unshakable determination to find each other again. —Adrian Liang, Amazon Book Review 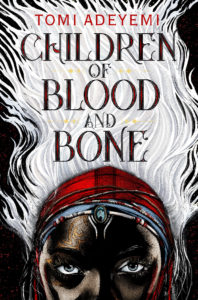 Tomi Adeyemi’s debut novel is the start of what promises to be an epic, addictive new series. The Children of Blood and Bone is influenced by Adeyemi’s West African heritage, and in it she bends religious deities (the Orïsha) and a diverse landscape into a refreshing new take on fantasy. The Children of Blood and Bone is told from multiple points of view, as Inan and Amari, children of the iron-fisted king, and Zélie and Tzain, siblings who have suffered greatly under the king’s regime, find themselves on a dark, magic-filled quest for power. Their journey is accompanied by violence and betrayal, but friendship and even star-crossed love also play a part. Enriched with themes that resonate in today’s social and political landscape, The Children of Blood and Bone takes on injustice, discrimination, and a struggle for change. The action and danger ramp up with each chapter, and I found myself racing through the final pages, holding my breath right up to the cliffhanger ending. — Seira Wilson for the Amazon Book Review 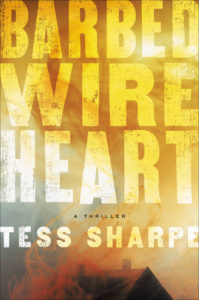 As tough as the steel-toed boots she wears, Harley McKenna was raised from a young age to take over her father’s meth-cooking and protectionism racket in rural Oregon. She can shoot with both hands, she can break her way out of a locked car trunk, and she helped dispose of her first body when she was 17. (Chainsaws and lye were involved.) But not everyone in her father’s operation thinks Harley should eventually be in charge. While her father is in Mexico, a series of attacks sparks a potential coup inside his organization just as Harley has to beat back her family’s longtime nemesis. The gripping action flips between the bloody “lessons” Harley learned as she grew up and the highly orchestrated actions she takes now to rid herself of the competition. Tess Sharpe crafts tension like a veteran, and the fact that this is her debut novel makes the gut-churning windup all the more impressive. Barbed Wire Heart is a hard-hitting thriller with a serrated and feminist bite, and Harley McKenna is a brand-new protagonist whom you’ll root for even when you’re not sure what her end game truly is. —Adrian Liang, Amazon Book Review 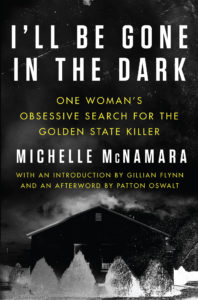 I’ll Be Gone in the Dark

I’ll Be Gone in the Dark, Michelle McNamara’s compelling investigation of the “Golden State Killer,” who terrorized northern California from the mid-70s to the mid-80s, is one of the best true crime books to come along in a decade. It’s the story of two obsessions: McNamara’s obsession with the criminal, and whatever abhorrent obsession drove him to commit a series of horrific rapes and murders over ten years. The author, a true crime journalist who created the popular website TrueCrimeDiary.com, describes the crimes and examines clues in an effort to uncover his identity. Occasionally, she challenges convention by inserting herself into the narrative (at one point, she even writes directly to the Golden State Killer), and the book acquires even more personal weight when one takes into account the fact that McNamara, at the age of 46, died while writing it. Knowing all of this, and with each chilling description, McNamara’s obsession begins to become our own. She believed that the Golden State Killer would still be alive today. You will discover yourself hoping she’s right, so that you can see him captured and brought to justice. — Chris Schluep, the Amazon Book Review 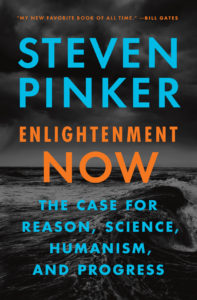 “My new favorite book of all time.” –Bill Gates

Given the 24-hour news cycle to which we have grown accustomed, it’s difficult to navigate life and think that everything is peachy. But Steven Pinker has set out, first in The Better Angels of Our Nature, and now in Enlightenment Now, to illustrate that there has never been a better time to be a human being. In his new book, Pinker points out that the slow creep of progress is not as newsworthy as, say, an earthquake or an explosion. So it’s clear why we don’t always have the sense that things are getting better. But the Enlightenment—with its dedication to science, reason, humanism, and progress—has led people to live longer, healthier, freer, and happier lives. And Pinker uses charts, data, history, and a firm dedication to his cause to empirically prove that we are living in better times. It makes sense to be skeptical of a scientist arguing that that science is the answer. And his optimism won’t always jibe with your personal experience or judgement. But there’s lots to chew on here—and it’s so easy to obsess on the intrusions and negatives of technology and “advancement” that this book can serve as a kind of antidote. —Chris Schluep, the Amazon Book Review 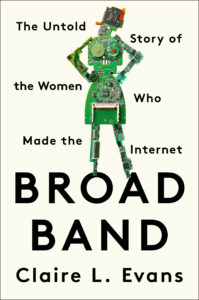 Broad Band: The Untold Story of the Women Who Made the Internet

Fascinating and often moving, Broad Band sheds light on the true stories of women who pioneered crucial technological and social leaps throughout the history of computing. Much like the dedicated female mathematicians in Hidden Figures, the women in Broad Band solved new and complex technical problems while also dealing with stifling social mores that kept them marginalized in the writing of the “official” history. Author and VICE reporter Claire L. Evans relates these stories with a candor and humor that matches the relentless spirit of the subjects. Broad Band is an inspiring and timely read for anyone interested in the digital world. –Matt Fyffe, Amazon 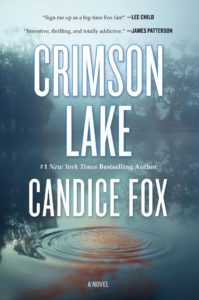 As Crimson Lake opens, former cop Ted Conkaffey is in a bad way: accused but not convicted of killing a teenager, his marriage is over, he doesn’t know when he’ll see his baby daughter again, his job is gone, and the thin blue line has turned its back on him. Alone, he spends his nights drinking in a cheap rented house in the grim suburb of Crimson Lake, listening to the sounds of angry neighbors and opportunistic teens throwing missiles at his front windows and grappling with “dark thoughts.” Even when his parole officer sets him up with a job as an investigator, it doesn’t seem like a leg up: his new boss Amanda Pharrell did time too, for murdering her best friend when they were teenagers, and Crimson Lake residents haven’t forgotten. When they go to interview the family in their first case together, Ted can only pray they don’t recognize his face from TV. Two investigators operating under this level of scrutiny and hostility is a great set up for a tense thriller and Fox does a superb job of weaving past and present murders together, setting up a literary shell game to keep the reader guessing who’s guilty and who’s innocent. And the humbled, by-the-book cop finding himself working for a damaged woman with an unorthodox approach to investigating adds an additional layer of complexity to a story that is shaping up to be a great new series. –Vannessa Cronin, Amazon 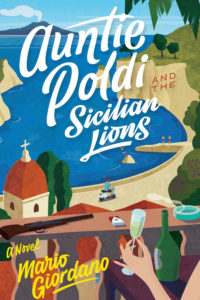 Auntie Poldi and the Sicilian Lions

Auntie Poldi is a stout, bewigged German widow who retires to a Sicilian fishing village so she can drink herself to death with a sea view. And death does arrive, not to Poldi but to the handsome Valentino, a young local she hired to do some odd jobs around her new house. Poldi puts the drinking on hold (sort of) to concentrate on fulfilling the promise she made to Valentino’s dead body that she would find his killer. The thing is, discreet inquiries are not Poldi’s strong suit; she’s Miss Marple by way of Auntie Mame, with a dollop of the Golden Girls. As she tells our narrator, her nephew, who records her madcap adventures during his dutiful monthly visits, “when the chips are down, show plenty of cleavage.” Hilarious, reckless, and endearingly melancholy at times, Poldi makes friends, enemies, sage comments, and even a little whoopee as the case winds to its satisfying and unexpected conclusion. –Vannessa Cronin 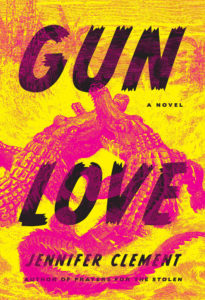 “My mother was a cup of sugar. You could borrow her anytime.” Filled with sayings that bolster the heart and then kick it, Gun Love is a story about a single mother and her daughter, the car that they live in, and a trailer park in Florida that fills with guns through gun trafficking—“In no time the weapons became stacks of metal rising in layers on both beds.” It skates between funny and fierce, heartbreaking and shocking, as these two women navigate a world where guns are as ho-hum as asking a neighbor for flour. But as one character observes, “once you get a gun, you’re at 99.6 degrees Fahrenheit all the time” and the minute a gun enters their Mercury, their lives will never be the same. Jennifer Clement is a talented writer, with prose that made me jitter with excitement and fear for the gun love embedded within her novel and beyond. –Al Woodworth, Amazon 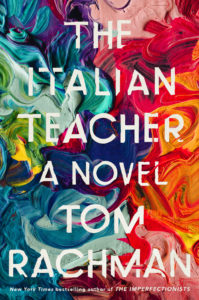 What if your father was one of the 20th century’s most celebrated painters: Julian Schnabel, say, or Lucian Freud? How would you define yourself against that kind of talent and machismo? In The Italian Teacher, his utterly absorbing third novel, Tom Rachman sets in play just that dynamic. Bear Bavinsky is a world-famous painter, a first-class narcissist, and father of seventeen children, whom he treats with careless, sometimes callous, warmth. Bear’s shy son Pinch loves to paint, but his ambitions are snuffed by his father’s offhand critique: “I got to tell you, kiddo. You’re not an artist and you never will be.” After that, nothing in Pinch’s life seems to gel — until after Bear’s death, when Pinch’s role as caretaker of his father’s legacy grants him scope to come into his own. Ironies abound.

As with Rachman’s 2010 newsroom novel The Imperfectionists, it’s a testament to the credibility of the narrative that you feel he may be writing about real people, thinly disguised as fiction. But in The Italian Teacher, Rachman is a more likeable storyteller: his social satire seems more thoroughly tempered by sympathy and a longer perspective. Lately, a number of excellent novels have focused on the impact of a single painting (The Goldfinch; The Painted Kiss; The Fortunate Ones, to name a few). The Italian Teacher looks at art with a less reverential slant, and asks intriguing questions, along the way, about the costs, and value, of the artistic life. If you enjoyed William Boyd’s Any Human Heart, you’ll love Rachman’s portrait of Pinch, who has the good luck to both outlive and survive his famous father, and to find, in the end, a way to take ownership of his difficult legacy. —Sarah Harrison Smith, Amazon Book Review