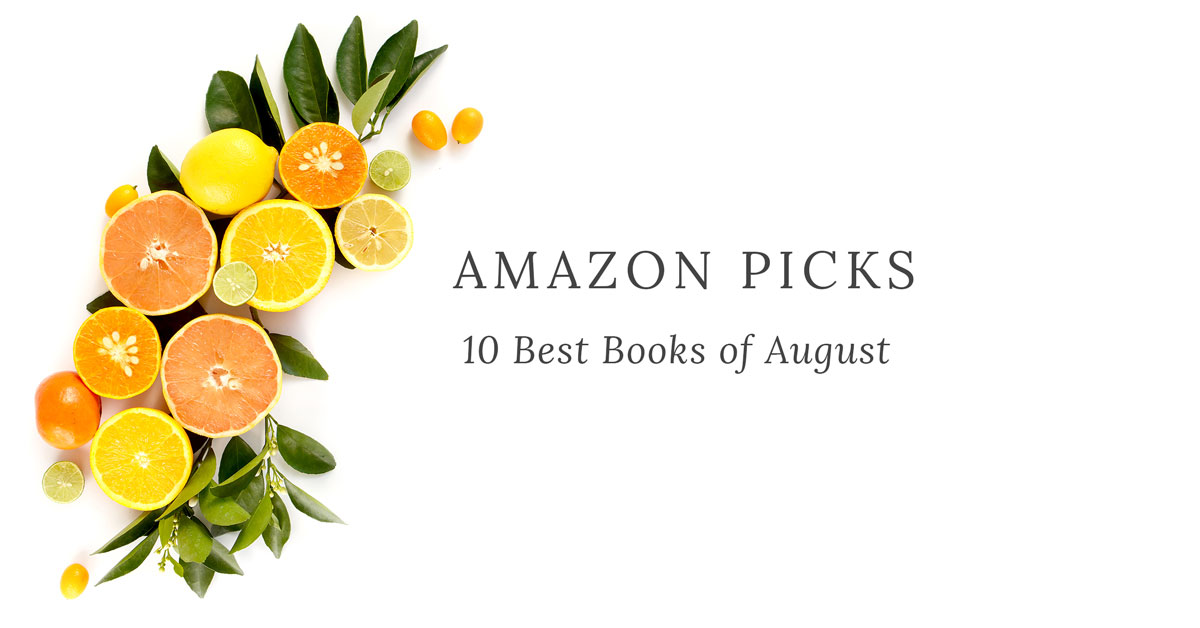 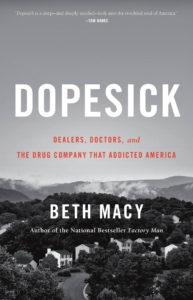 I thought I understood the origins and impact of America’s opioid crisis. Then I read Dopesick

. Beth Macy’s book revealed the greed that drove OxyContin to be America’s drug of choice, and it opened my eyes to the shame of addiction that kept this epidemic hidden until far too late. Opioid addiction has touched nearly all of us in the 20 years since OxyContin came to market, and it’s something that didn’t have to happen. Money–absurdly huge sums of it–encouraged doctors, politicians, and the pharmaceutical industry to accept claims about the safety of this painkiller even when it was in conflict with what they saw in their practices and communities. There were so many warning signs. And there were so many people—particularly in small middle American towns–who cried foul, but no one in power cared to act. Beth Macy is a brilliant investigative journalist and a compassionate human being, and she tells this story like no one else has so far. Dopesick

offers just the right blend of personal stories and cold hard facts; it’s a powerful book that incites conversation. There’s so much I want to share from Dopesick

, but I guess what I most want to say is this: read it. And then pass it on. –Seira Wilson, Amazon Book Review 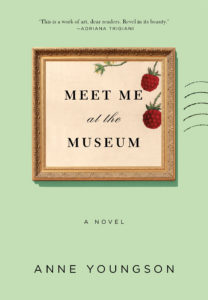 Meet Me at the Museum

Anne Youngson’s debut novel, Meet Me at the Museum

, is a book you might find yourself finishing in one go. Mrs. Tina Hopgood is an English farmer’s wife, and Kristian Larsen a widowed curator at a museum in Denmark. Though a common interest in one of the museum exhibits brings them together, Kristian and Tina soon begin sharing increasingly personal stories and thoughts from their lives, including some never spoken of before. It is touching and uplifting to follow along as their relationship develops, solely through their letters, particularly when Kristian notes, “we have both arrived at the same point in our lives. More behind us than ahead of us. Paths chosen that define us. Enough time left to change.” There is much to be charmed by in this epistolary novel, and Meet Me at the Museum is sure to find a welcome home beside bestsellers like The Guernsey Literary and Potato Peel Pie Society

and The Unlikely Pilgrimage of Harold Fry 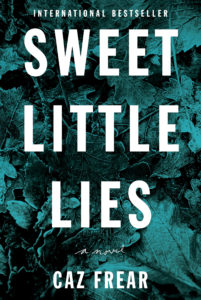 In 1998 a girl called Maryanne disappears on the West coast of Ireland. Twenty years later, a woman called Alice turns up murdered in Islington. One of the DCs assigned to investigate Alice’s murder, twenty-six year old Cat Kinsella, knew Maryanne and saw her talking to Cat’s father, a fixer for a London gangster, the last day anyone ever saw her alive. Now Alice’s body has been found near the pub once run by Cat’s Dad. Cat’s estranged from her dad; suspicion that he had a hand in Maryanne’s disappearance has poisoned her relationship with him over the years. Now, keeping her connection to both victims quiet, she must solve the case even if doing so confirms her worst fears. The story swings from long ago to present-day, from London to Ireland, from happy memories to bitter mistrust, from secrets kept to lies uncovered, without ever missing a beat. Threading it all together, sharp-eyed and sharp-tongued, Cat Kinsella is one of the most compelling detectives I’ve come across in ages as she drives this read-it-in-one-sitting mystery to a genuinely surprising ending. –Vannessa Cronin 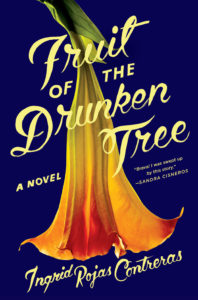 Fruit of the Drunken Tree

While this autobiographically-inspired novel vividly summons the turmoil of 1990s Colombia, it’s more a story of private intimacies than national history. Nine-year-old Chula Santiago becomes obsessed with her family’s new housekeeper, Petrona, a 13-year-old of few words who lives far from Chula’s comfortable neighborhood. Chapters told from Petrona’s perspective offer a glimpse into a mirror-world of Bogotá where breakfast varies based on what soda she pours over stale bread for her many siblings. What starts as a lyrical domestic portrait turns increasingly tense as we’re forced to chart the collision course between two sweetnesses in Petrona’s life: her first boyfriend, and her growing closeness to the Santiago family. The civil war underway shimmers menacingly within the perspectives of both narrators: there’s an assassination, a car bombing at a mall, and of course the infamous Escobar manhunt that breathes a narco-haze over the country. There’s magical realism here, but it’s not García Márquez’s; it vines up from the distortions introduced by childhood: the naiveté, overheard adult conversations, the wildness of unsupervised outdoor play during the apagones (electricity rationing), and the lead blanket of first promises. –Katy Ball

You might read this book for its wickedly serrated, apocalyptic humor: two driven young women continue to show up at their Manhattan publishing jobs even as they’re among the last people left in the city. You might go in for the love story of two twentysomethings who meet over cigarettes on a shared fire escape. Or, you might pick the book up to experience how deftly the author captures the violent ennui of youth in the character of Candace Chen. Candace avoids overthinking how to build a meaningful life – and tries not disappoint her immigrant parents – while working in the production department of a publishing house and, later, photographing the ruins of New York for her anonymous blog. Certainly, fans of dystopian fiction will savor the understated horror of how the world ends. Most everyone contracts a mysterious disease that impels them to continuously reenact a common routine from their life. A particularly gruesome scene involves a family going through the motions of dinner as they physically waste away: the emaciated mom sets the table as the rest of the family sits down in their places to vigorously lick the plates and mouth the cutlery…only to return the plates to the cupboard and repeat the scene again. It’s these zombies that Candace and the small group of survivors she joins encounter on supply raids – and who are ‘mercifully’ shot dead by Bob, the group’s ruthless leader. Severance raises questions about how loneliness shapes identity, the hilarity and horror of the human capacity to normalize, and the stupefying effect of an urge for comfort (while also digging a well of empathy for those drawn to the familiar). Funny and upsetting, with a strange and noble stillness at its core, this deceptively light read will leave readers wanting the story to continue even after learning Candace’s big secret. –Katy Ball 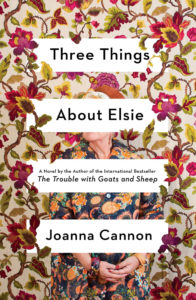 84-year-old Florence has fallen and she can’t get up. While waiting for rescue from the floor of her assisted living facility, she begins recounting the mystery of its newest resident, a man who looks and acts suspiciously like someone she was glad to see die sixty years ago. Aided by two unbelievably charming and loyal friends, Florence is determined to find out why he’s resurfaced. With dementia setting in, her mind isn’t as sharp as it once was, and the clues are hard to keep straight — but she refuses to stop until the secrets are uncovered. Pick this up if you love a mystery told by an unreliable narrator, but stay for the friendship story. The bond between this senior citizen trio is heartwarmingly enviable. –Sydney Dale 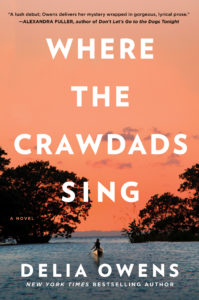 Where the Crawdads Sing

Although this is Delia Owens’ first novel, she long ago distinguished herself as a gifted writer. In the mid-80s, Owens co-wrote with her husband Cry of the Kalahari

, which was a best-selling, nonfictional account of traveling and researching Africa’s Kalahari Desert. One of the joys of that book was the Owens’ description of the natural world, and Where the Crawdads Sing

is immersed in the natural world as well. The story is set in the 1950s and revolves around a young woman named Kya Clark, who is from extremely rural North Carolina. Known by others as the Marsh Girl, she lives alone in nature—but the draw of other people, and specifically love, brings her into contact with the greater world. This novel has a mystery at its core, but it can be read on a variety of levels. There is great nature writing; there coming of age; and there is literature. Crawdads is a story lovingly told—one that takes its time in developing its characters and setting, and in developing the story. You’ll want to relax and take your time as well, and when you’re done you will want to talk about it with another reader. – Chris Schluep , Amazon Book Review 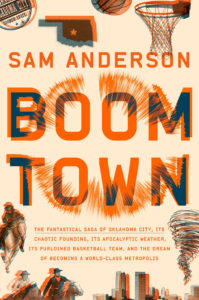 If Oklahoma City didn’t strike me as a place that would make a particularly interesting subject of a 400-page “biography,” I probably wouldn’t be alone. Apologies to every Oklahoman: We’d all be wrong. Sam Anderson’s Boom Town

is the story of the city’s quest to become a “world-class metropolis,” a biorhythmic cycle of booms and busts from its Wild West “Land Run” origins to its apocalyptic weather and the tragedy of the 1995 bombing of the Alfred P. Murrah Federal Building. The engine of the story is the Thunder, the National Basketball Association franchise lifted from Seattle by a cadre of oilmen with the help of henchman David Stern, then the league’s overweening commissioner. But you don’t have to be a basketball junkie to love this book (honestly though, it helps); its eccentric and often iconoclastic cast of characters—including Wayne Coyne (the tirelessly weird frontman of the Flaming Lips), “Holy Chief Meteorologist and Severe Weather Savior” Gary England, and a host of civic movers-and-shakers of varying integrity—keeps Anderson’s unconventional “biography” fast-paced, fun, and unpredictable—much like the team the Thunder became in the years after the move. Hopefully it will be just as popular. –Jon Foro, Amazon Book Review 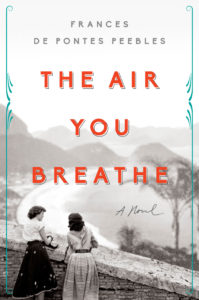 The Air You Breathe

. Dores and Graça grow up on the same sugar-cane plantation in Northern Brazil, but while Dores is the plain but clever daughter of a lowly worker, Graça is the spoiled, lovely daughter of the house, who demands that Dores become her playmate and accomplice. Their unequal friendship continues as the girls’ passion for samba takes them to Rio and eventually, Los Angeles, where Graça’s voice and Dores’s songs bring them international fame – for a time. Peebles’s story, inspired in part by the lives of Carmen Miranda and lesbian songwriter Chavela Vargas, lightly traces the history of Brazil from the 1930s to the 1950s as well as Hollywood’s prevailing attitudes toward foreign (and female) artists. Her sensitive, poetic writing evokes Brazil’s rough beauty and the sensual lure of the music that shapes Dores and Graça’s lives. This is a gorgeous, immersive novel about a bond so strong that it “is like air – you can forget it exists, and that it is essential to your life.” –Sarah Harrison Smith, Amazon Book Review 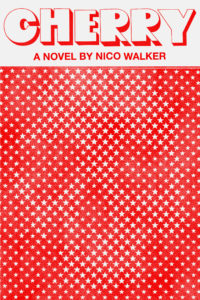 Cherry by Nico Walker is a mesmerizingly dark, comic, often drug-fueled ride through war, romance and bank heists. You’ll laugh out loud, your mind will bend to understand the gritty, ceaseless pressure of being an Army medic in Iraq, and your stomach will hurt with the pain of PTSD and what drugs can do to a body and a mind. Nico Walker is a gifted, unrelenting storyteller and his debut calls to mind the raw and wrecked characters of Denis Johnson and the devastatingly necessary post-war stories of Phil Klay. While at times bleak, this is a novel of our time, a story about a Midwestern boy who falls in love, enlists in the Army (because school is not for him and what else is he going to do), returns from war and falls prey to the escapes of heroin. An explosively cutting and page-turning debut. –Al Woodworth